when i was a little girl..
to be exact at the age of 14 (i'm still little at this age okay!), me and my girlfriends used to talk a lot about our dream guy..
(time ni memang zaman gatal la kan.. hahaha)

one night i stayed up to do my homework while listening to the radio (i think it's Radio Langkawi)..
the topic that were discussed that night was about love..
and i remember a lady called the radio station and said that she had wrote about her dream guy in her diary when she was a teenager. And now she already found that guy and they are happily married..
While thinking how cool can that be, to found someone that u've been dreaming of all this while, i took my diary and did the same..
i wrote about my dream guy.. :)

but i didn't keep it as a secret.. i told my friends about it..
i even let them read that part of my diary..
(to be honest i'm not good at keeping my own secret, and i ended up having no secret.. but, i kept others' secret okay! so don't worry my friends..)
but when they saw what i wrote, they burst into a big laugh! demm it..
and i can still remember what they said to me..
"hang ni bengong la mardiana! sapa nak laki macam ni?"

and i asked them back what's the problem?
all i want is just a normal guy..
and they didn't know that the 4 characters that i wrote actually conclude who that person is..

so here's what i wrote in my diary 10 years back..

i really love this Korean Drama..
i like the storyline..
i like the actors and actresses..
and mostly i love all the songs in this series..

this is what i've been doing for the past few days..
owh, actually since last week.. hehe 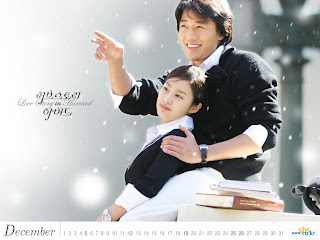 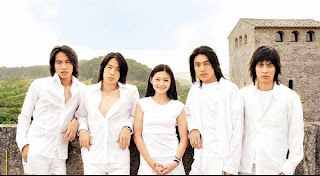 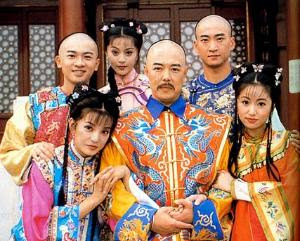 Yeap! watching these series again..
i know i know.. i have so many works now and i've been very very busy with my fyp..
but still my mind need some rest right?
so when i need a rest, i watch these series..
i almost forgot how much i love the series..
i even force people to watch it last time.. hahaha!
thanks to the technology, i can download it and watch it again now..

Monday
monday was the most critical day for me and my fellow classmates..
Syaza, Diyana and i went to uitm shah alam to print our work because it was so much cheaper there.. if i print my whole project here in Cyber, it will cost me around RM120. (ni baru print, tak kire nak beli barang² lain lagi)
It cost me only RM48 in uitm s.alam.. (gile banyak kan beza)
but of course the quality is better here..
but Syaza left her thumbdrive (gile sedih) so she had to print here and because she was much much more hardworking than me, it cost her RM150 just for printing..

we reached home at 9pm and we started pasting all the things on the boards at 10.30pm..
i thought we can finish it all at around 12pm so we can prepare for the presentation and had a good night sleep before the big day..
but little that we know, it took us MUCH longer time than we expected..
and when i say much, i mean So Damn Much!..
it took us 8 F-ing hours with pain like i was force to climb up a rocky mountain-run back down-do a pumping and then half stand-with empty stomach!!!
by 6am we look like a drug addict zombie.. numb, pale, blur, and can't stop laughing (sbb dah cuak giler)..

Tuesday
Yeap! the big day.. at 9.30am we were already in class, but the presentation only started at 11am.. haih
we were so tired we didn't prepare for the presentation..
Mr. K said the presentation has to be in 2 days.. so we're not sure whether we can present on tuesday or not..
i wanted to finish it all but i was also nervous because i didn't prepare..
Mr. K decided that we used the student i.d list and he called the first number..
After presented, that person had to a pick a number to determine the next presenter..
most of my classmates didn't know their numbers..
there are 46 students altogether and i know that i am the number one in the list..
so guess what, nobody pick number 1..
i know this will happen..
if u were to pick a number, will u choose number one???

by 5pm i already gave up! we were waiting for our number to be called for the whole day!
i wanted to go home and sleep.. i felt so restless..
syaza, diyana and i already promise that if any of us is called, we will pick each other next because we knew our number..
at 5.15pm someone did called syaza! hooray! we can finally finish it..
so syaza pick me.. but before i present Mr.K announced that i will be the last person for tuesday!
OMG! I looked at diyana, and her face look so dissapointed..
and to make thing worst, the presentation won't be on Wednesday, but Thursday.. demm..
sorry diyana!!!

after the presentation i went home.. i fall asleep i think around 8pm..
dan terus tido mati.. kalau rumah meletop pon sure takkan bangun punye!!
and just now (at 4am) i woke up and realized that i didn't move the car! damn it!
so guess what.. dah kene clamped! terima kasih!

last night i watch Coming Soon..
the movie is directed by Sopon Sakdapisit from Thailand..
it's been a while since i watched a disturbing horror movie..
Coming Soon is another horror movie besides Shutter that actually gave me nightmare..

and just now...
i watched Confessions of a Shopaholic!!!
hoooray!! finally...
to a 'friend' : thanks a lot!!!
it's really worth it although just some parts of it are like the book..
i never laugh so loud in the theater before..

p/s: yeah! movie is a great meditation! hahaha!
Posted by Unknown at Wednesday, April 01, 2009 No comments: 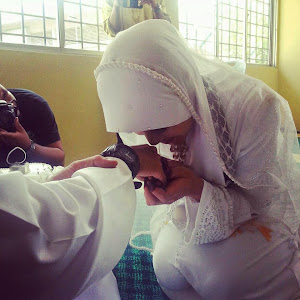 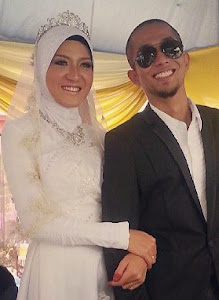 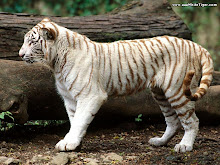